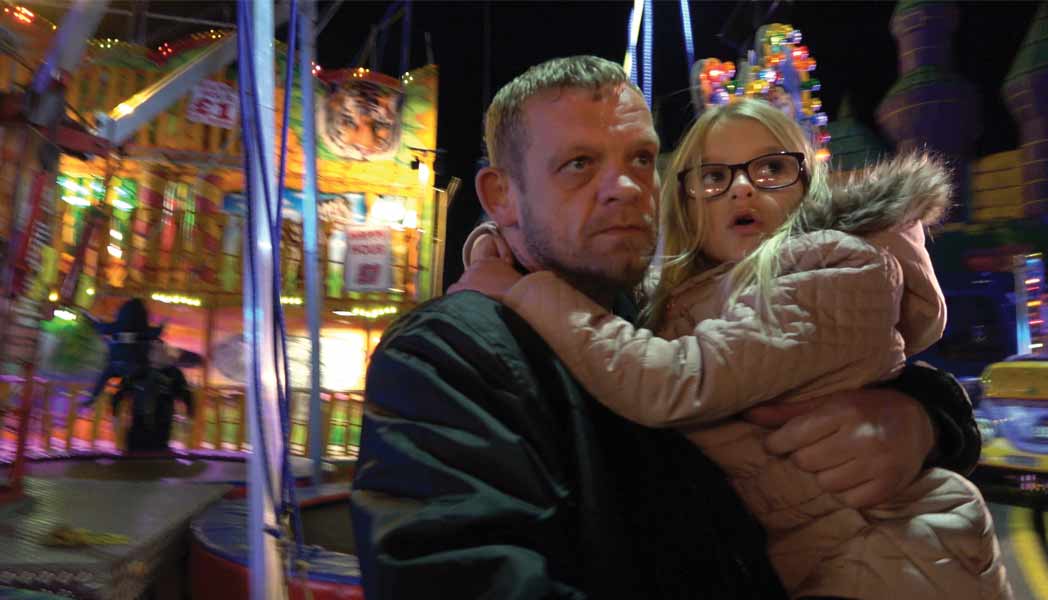 Hull resident Steve Arnott was a struggling warehouse worker by day and hip-hop performer by night. After a chance encounter with award-winning documentary maker Sean McAllister, Steve was asked to get involved in a film Sean was making: A Northern Soul. Music is Steve’s passion, writing and performing alongside any job he’s had but he is even more passionate about young people and ensuring that they have the opportunities that he didn’t. He now runs the Hull Beats Bus, a social enterprise mobile recording studio committed to building confidence and giving young people the space to be creative through music and art workshops. They have created a studio for their core students to use to ensure consistency and continuous guidance that they provide for free in their own time. This work is community driven with the direct aim of contributing to positive change for a new generation.

Getting to the Heart of A Northern Soul

All eyes were on Hull in 2017 as the city was celebrated as the City of Culture. But behind the scenes the documentary A Northern Soul paints a picture that is less glossy. In this talk Steve shares his experience of putting his life in the spotlight through the documentary and how he’s now trying to create new opportunities for the community he lives in.