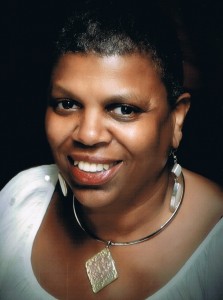 Founder of the JAGS Foundation, created in memory of her son. JAGS raise awareness of the consequences of youth murder and addresses problems affecting young people today offering peer mentoring in schools and works with agencies that help vulnerable young women.

In 2007, Tracey Ford’s life stopped in its tracks when she heard the news that her son had been shot while at his friend’s ice-skating party. Andre died from his injuries; he was 17 years old. He was one of 27 teenagers in London who lost their lives to gun and knife crime that year. To help prevent similar tragic loss of life, she decided to do something to stop the culture of gangs and youth violence by speaking out on the issue.

This led Tracey to found the JAGS Foundation in 2010, an acronym of her son’s full name, James Andre Godfrey Smartt-Ford. JAGS raises awareness of the consequences of youth murder and addresses the problems affecting young people today. It offers peer mentoring in schools and also works with agencies that help vulnerable young women. Women supported by the project have gone on to volunteer, using their lived experience to help others move away from youth crime. Tracey says “The real insight into the after-effects of any lived experience is what helps to direct, change and influence policies and services, and helps to address unmet need.”