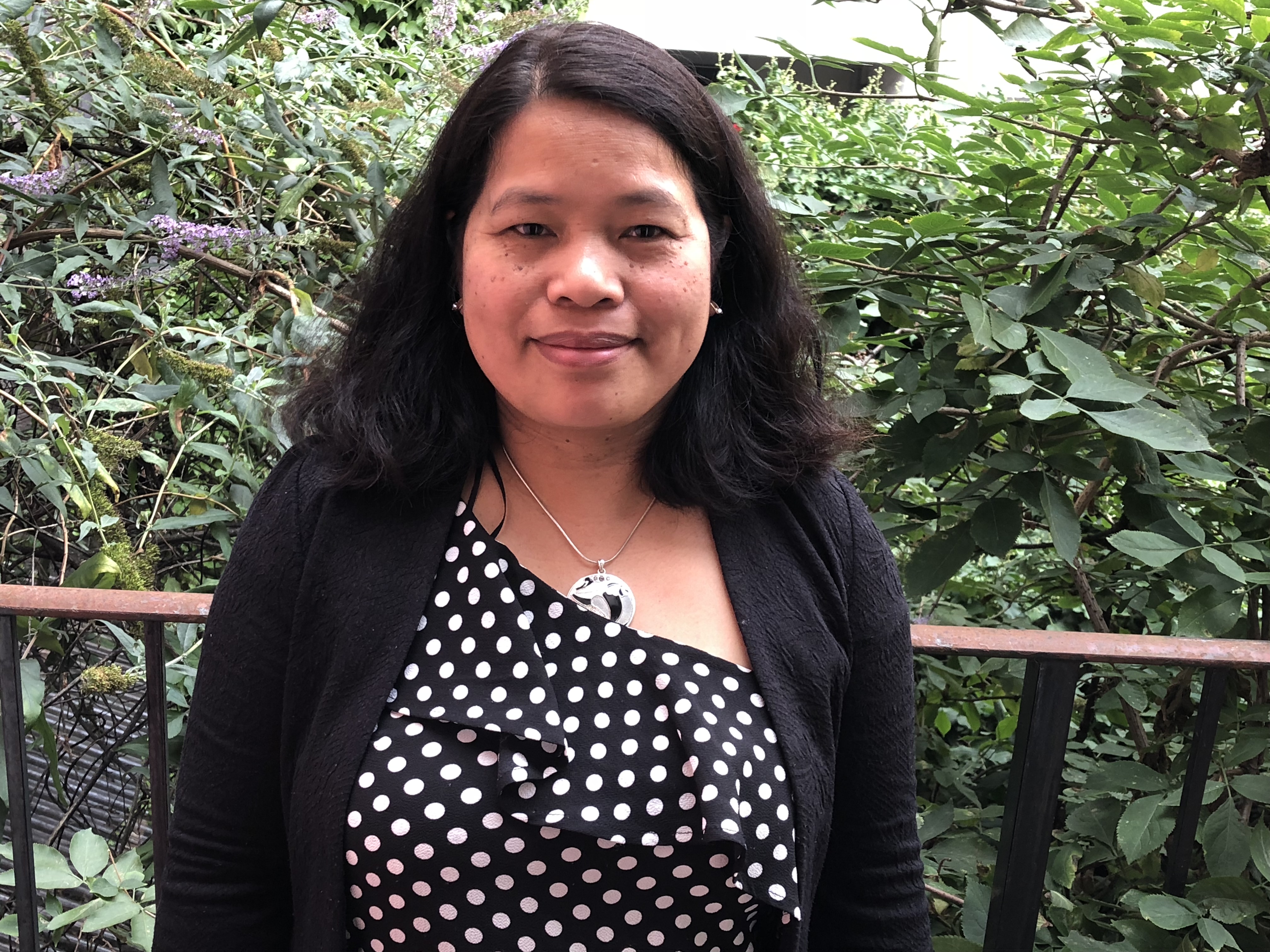 Domestic worker and founding member of The Voice of Domestic Workers, Marrisa campaigns for justice and rights for Britain’s migrant domestic workers. She helps them to flee abusive families and find safety.

Marissa is a domestic worker, mother of three and founding member of The Voice of Domestic Workers an education and campaigning charity calling for justice and rights for Britain’s 16,000 overseas domestic workers. The charity provides educational and community activities for domestic workers – including English language lessons, drama and art classes, and employment advice. It also mounts rescues for domestic workers stuck with abusive employers. Living in the Philippines Marissa just wanted to be a normal mother, working, earning a salary, which would enable her to look after her children, feed and clothe them and be able to pay for hospital treatment when necessary. Finding this impossible to do Marissa, like many women living in the Philippines, left her children to become a domestic worker first in Singapore, then Hong Kong and eventually London. During this time she experienced different kinds of abuse including financial and sexual harassment but eventually found a family who treated her well. “Not everyone has the courage to fight” so she fights on behalf of domestic workers in the UK, helping them to flee abusive families and find safety.

The invisible workforce: My fight for migrant Domestic Workers in the UK