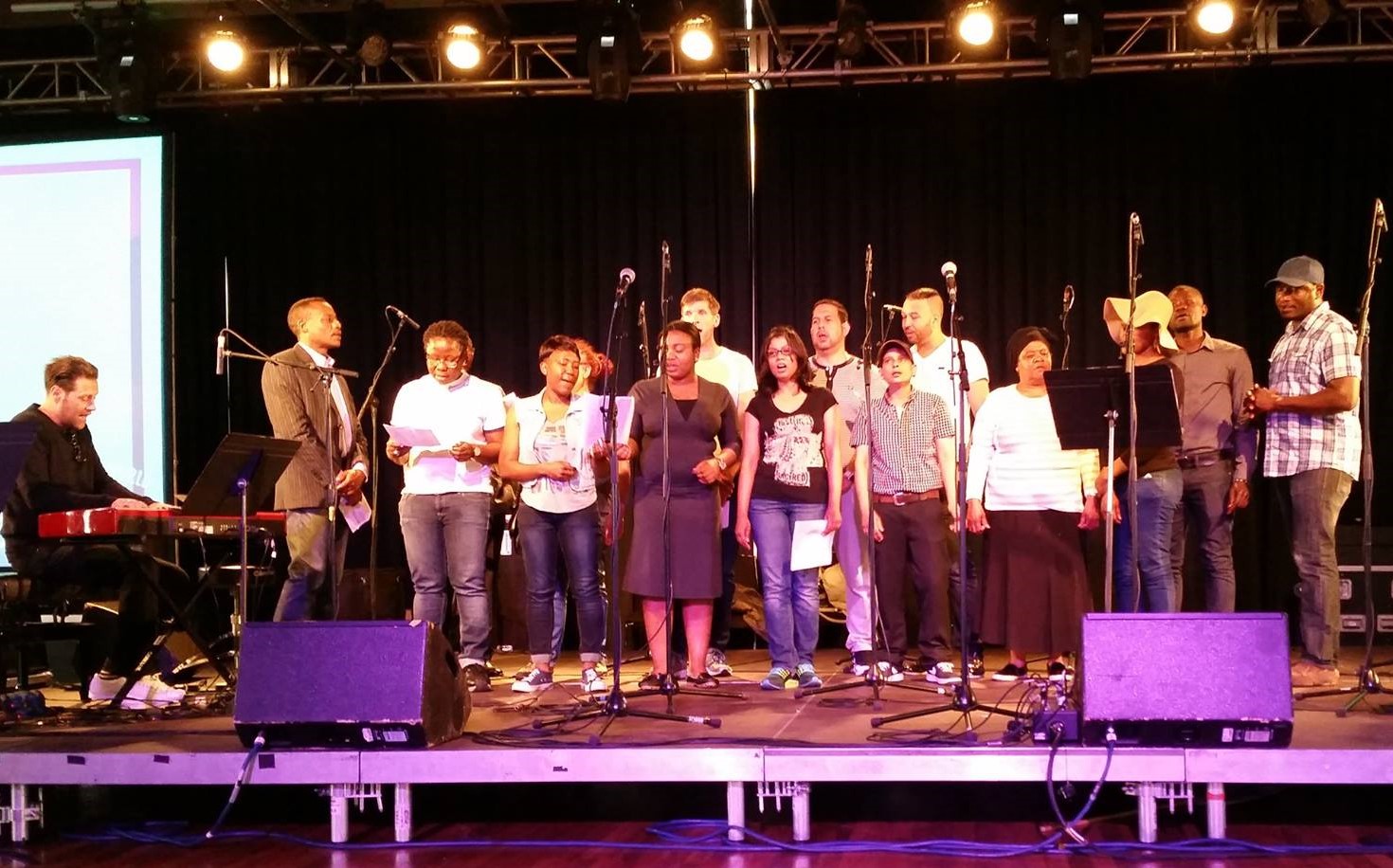 Micro Rainbow International is a not for profit NGO with a mission to tackle poverty and the effects of poverty amongst LGBTI communities world- wide. They work in Brazil, Cambodia and the UK. In the UK they work with LGBTI asylum seekers and refugees providing support around legal claims, housing and physical and mental health well-being. They aim to fight isolation and create a community through creativity through a peer support group, their incredible choir, and a group for LBTI women who have suffered gender based violence. They also help refugees into work, and safe housing.

Singing together against isolation

Micro Rainbow International’s Interfaith Choir performed at Being the Story 2016. Formed just two years previously as a creative tool to combat isolation and heal trauma – their priority was to have fun – singing was secondary. But they have gone from strength to strength and are now 30 strong. They have performed at the opening of the new TATE Modern building, the Royal Festival Hall with Guy Garvey and the UK Black Pride.